The best latkes are golden and crunchy on the outside, soft and tender on the inside. While latkes are traditionally eaten at Hanukkah, they’re a treat anytime you crave crispy, savory potato pancakes.

Potato Latkes I | Photo by Montana

For best results, use russet potatoes. They are high in starch, which is necessary to form pancakes that don’t fall apart. If you peel the potatoes before making latkes, put them in water between peeling and shredding to prevent oxidizing and discoloring.

Have the onions and any other veggies trimmed and peeled, have a piece of cheesecloth ready and waiting, and measure out the other ingredients your recipe calls for: matzo meal or flour, baking powder, eggs, cheese and seasonings. 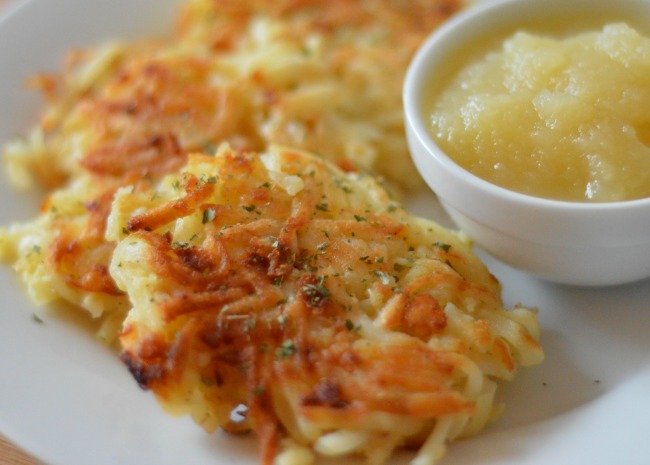 The potatoes need to be dry and the oil needs to be good and hot so that the exterior of the latke will get crispy and prevent the pancake from absorbing too much grease.

Heat a heavy-duty pan with vegetable oil ¼- to ½-inch deep. When the oil has reached a temperature of about 350 degrees F (175 degrees C), it’s time to fry! 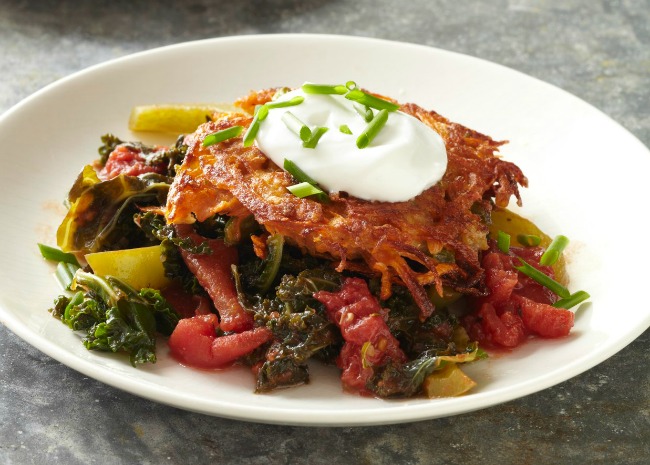